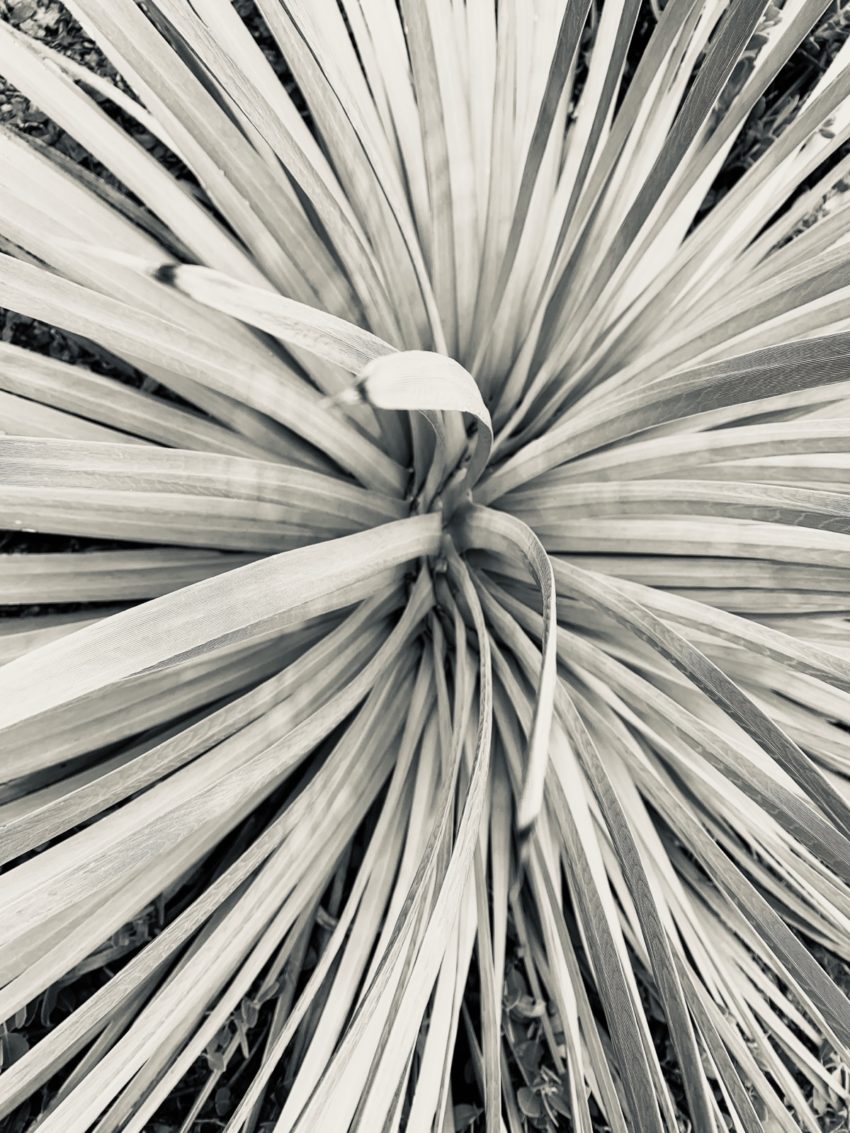 Dave and I both really enjoyed being out on the trail at the campsite instead of camping behind the cafe! You could still hear the highway but it was nothing compared to being right on it.

Billy and the others were supposed to stop by on their way and bring some more water but they left early (Joey and Billy that is, Cort was still sleeping) and passed the site when I wasn’t out yet. Either way I had enough water to the next spring.

We had 6 miles to cover to the junction with the trail to the next spring … it went by fast. Today was the first mostly overcast day so temperatures never got super hot.

At the spring junction, I met up with Dave and got some water. It was a very steep climb of 0.3 miles to the spring, which was trickling into a big trough that looked like this:

Of course I took it from the trickle and not the trough, and I filter all my water. We have little Sawyer filters that get screwed onto the “dirty water” bladder and then we squeeze the clean water into our bottles. Takes care of all the bad stuff! Today’s spring even smelled like sulphur but the water tastes fine.

The water I got there was all I had for the rest of today’s hike (8.5 miles up to 7100ft!), dinner and the hike up to Spitler Peak and down into Idyllwild tomorrow. My shoulders were screaming about that heavy load!

The landscape became more alpine and looked not unlike WA state in some places. Climbs were steep, up and down. We are directly west of Palm Springs and south of San Jacinto now.

I enjoyed hiking with Dave today on and off. He has travelled lots, has done horse packing and many adventures all over the world. When he was young, his then-girlfriend (now wife) and him each saved $5000 to travel for 2 years.

One anecdote: When they travelled around New Zealand (this is 1980) he became interested in the Maori culture. So he contacted the Minister of Maori Affairs and requested a meeting. This was granted, Dave spent $3 in a thrift store on a suit and tie, and went to interview the Minister. One hour turned into 5 and beer after. When they parted, the minister gave him contact information and recommendations for all the local Maori chiefs all over NZ. So Dave went to meet them, interview them, and the material turned into a magazine article for an Australian magazine. Impressive!

We are camped at the Fobes Ranch Trail junction at 6000ft … the earlier campsites didn’t appeal to us. One more night and I get to see Idyllwild!