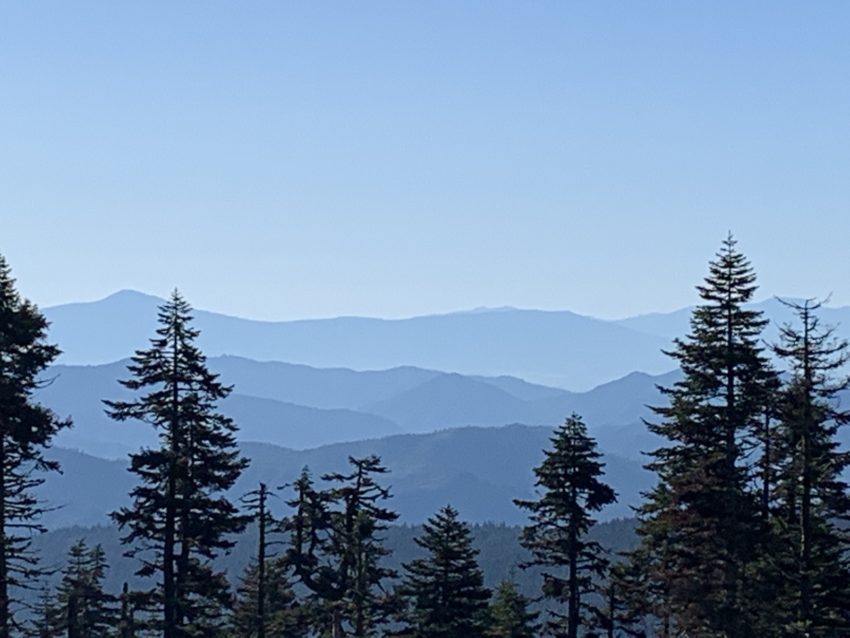 I made it into Oregon! The border was about 8.5 miles from my starting point for the day. The trail was forgiving and there was even some easy walking on dirt roads.

Less time was spent in the woods, and the views were amazing. The big volcanoes in the distance are so majestic, and visibility was great.

This was the first encounter with wildlife bigger than marmots and made me feel like I was in Switzerland:

Only one ridge was full of snow but the comments in the GPS app recommended to stay above the snowfield and then drop down back to the trail. From the top of that ridge, in the middle of nowhere, I was able to make video calls to Canada and Germany!

Right at the border I met an older hiker who was going to Tahoe. He was friendly but seemed annoyed by the “next generation” of hikers with their phones and DCF gear 🙂

Just below the snowfield I saw the first car as I hit a dirt road. Two women from the Oregon Coast were checking out the area for their upcoming thru hike of Oregon (starting the end of June). We could have chatted forever but eventually I moved on. A long downhill meant sore feet but I finally got to a nice camping area near some dirt roads.

A truck or two went by, paying no attention to me. But then my favourite ladies Theresa and Loura appeared again! They had hiked to the border and came down to find a camp spot. I was happy they decided to camp with me and we had great conversation all evening (and many more cars go by … not sure what they were all doing; post-pandemic woods fever?).

I’m already within a day’s walk to Callahan’s where my food should arrive Friday. I might have to spend a night in Ashland, a town all the hikers love – not sure yet as plans evolve.